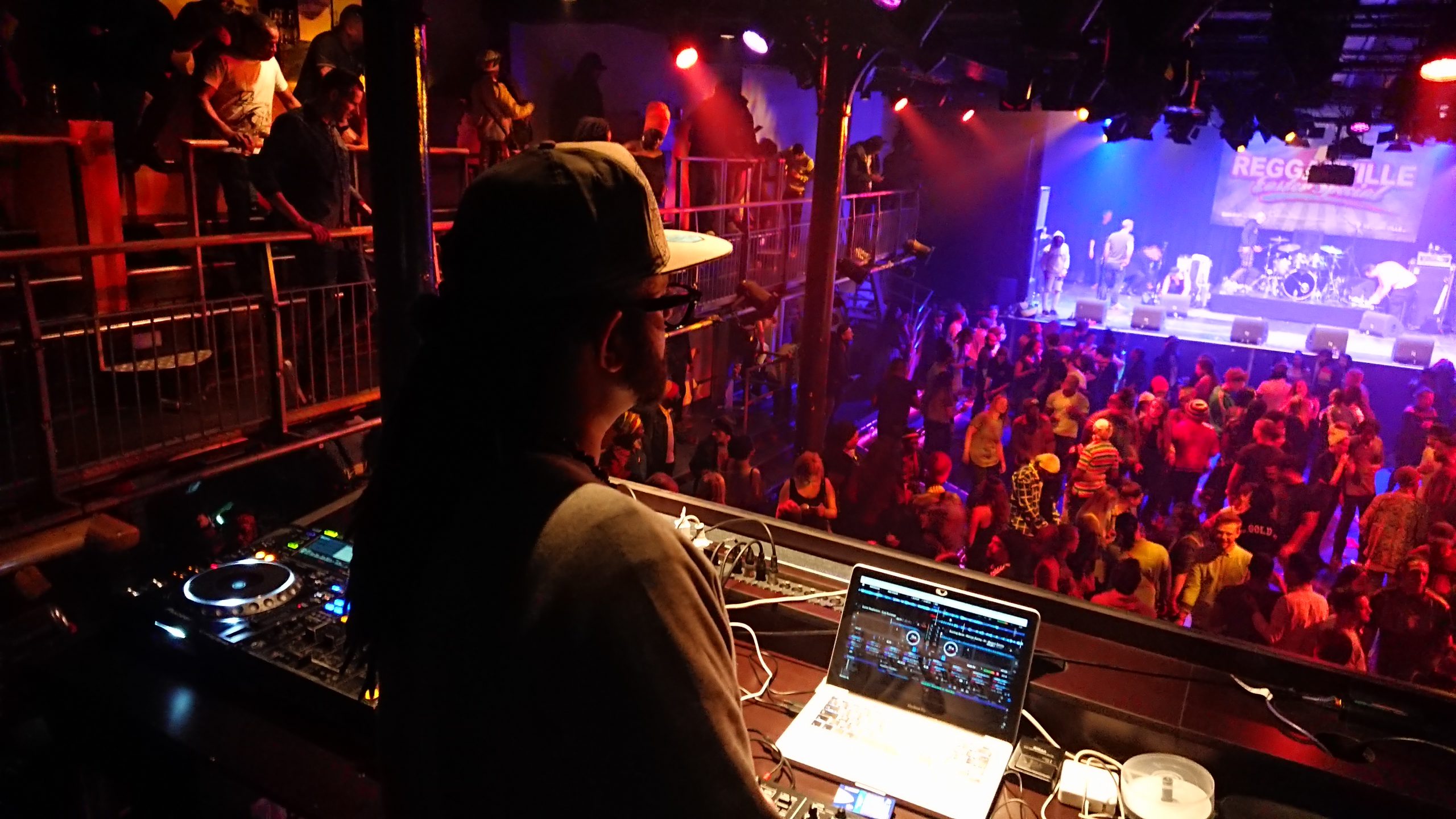 Artist, DJ, activist, filmmaker, producer, and reggae music enthusiast alike, Ras Tariq hails out of Amsterdam, The Netherlands. He is currently holding a monthly residency with his own recurring event “RepreZENt” at Amsterdam’s reggae hotspot “The Zen Social Club”.
When not performing, he spends his time as an activist promoting the legalisation of the spiritual use of the cannabis plant. He has spent many years playing his music in far-flung corners of the world, in places as diverse as Jamaica, Senegal and the USA, to name but a few.
He has played in some of the major night clubs and has performed on shows and festivals with artists such as Lee Scratch Perry & Mad Professor, Johnny Osbourne, Everton Blender, Anthony B and Junior Kelly.
When he is not DJing at special events or promoting his favourite artists, he spends his time in the studio creating his own music. Tariq has had a lot of time to develop his sound. For him, it’s all about conscious lyrics and energetic, positive vibes. Around the world people are starting to recognise Ras Tariq’s mission to spread universal love through reggae music.